You are here: In English  -> Available ESC vacancies-> ESC project in Globala Kronoberg 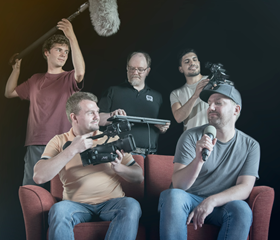 The idea behind ÖKK is that all people in society should have a chance to express themselves and be heard. So, at ÖKK everyone is welcome regardless of background. We work towards making it possible for everyone to create TV. In a democratic society, it is important that all citizens have an actual opportunity to make their voices heard as everyone's opinions are of equal value. By giving all citizens a TV channel where they themselves decide the content, where they have the chance to be seen and also influence what is to be broadcast, is a privilege that many today fight for in other more turbulent parts of the world.

The reason why the channel is a non-profit organization instead of a commercial TV channel is that all citizens, and the members of the organization,
should have the strongest influence over what ÖKK airs. Öppna Kanalen Kronoberg is and has always been a channel for and by the citizens.

Öppna Kanalen is part of the network called Nätverket SIP.  We are located in Växjö, Småland.

Work-schedule and team
When it comes to film projects, the volunteer will be part of a larger project group, but when it comes to courses, it is conceivable that you work individually or in pairs. The project group consists of several people from our organization and from partners. It can be staff, volunteers, students or board members. The group works together to develop an overall schedule with activities, a plan for marketing and practical planning (leadership, premises, etc.). After that, everyone in the project group will take responsibility for different parts of the schedule. Besides you will be another volunteer starting at the same time. During your day you’re surrounded by many other people from the other organizations in SIP as well as other citizens of Växjö.

The volunteers will be working for 35 hours per week from Monday to Friday. Nonetheless they are encouraged to take courses in Swedish, thereafter all about the working hours could be dealt with individually. The Swedish lessons count as working hours. We are always open to discuss individual needs and wishes. Besides 2 days off per week, volunteers are granted with another 24 days off for 12 months (2 days off per month).

Volunteer’s role and tasks
A volunteer's role in ÖKK will partly consist of productions, where they will participate and broadcast live with us. The tasks can vary on the spot, ranging from standing behind the camera to helping with image mixing. In addition to productions, the volunteer will have free hands to create their own
programs in ÖKK or be delegated a program idea for which they are responsible and develop.

Examples of volunteer tasks:
Candidates' profile and recruitment process
We are looking for a volunteer who:
– is interested in international projects and cultural exchanges
– enjoys working in a team with people with different backgrounds
– is flexible and creative, enjoys both office work (planing, meetings, brainstorming, administration) but also enjoys organizing activities with young people (such as info-presentations, meetings, workshops, etc.)
– is interested in digital and social media, and creating promoting material such as films, flyers and podcast episodes
– open to do their own projects or take their own initiative to start bring new ideas into action
- is not scared of manual work

Accommodation and transport
The volunteer will live in a shared apartment either outside Växjö or in the city, having his/her own room and sharing bathroom, kitchen and other common areas. The volunteer will get either a bus card or a bicycle to commute, depending on the distance from our office to the housing. There is Wifi in the accommodation.

Växjö and Kronoberg
Växjö is a municipality of 80.000 inhabitants in Kronoberg county, in the region of Småland in the south of Sweden. It’s situated 2,5 hours train-travel from Copenhagen, Denmark, and 4 hours from Stockholm. Växjö municipality has been awarded several international awards for its environmental work, including the European Green Leaf Award 2018 from the European Commission. Find out more about Växjö, the greenest city in Europe, and Småland.

​If you are interested in this project, send us your CV and a motivation/cover letter (both documents in English) to okk@globalakronoberg.se.  Applications should be sent to us before the deadline which is written in the European youth portal.

Note that you should write “Öppna Kanalen's project” in the emails' subject, so we can easily recognize the project you are applying for. We’re looking forward to receiving your application! 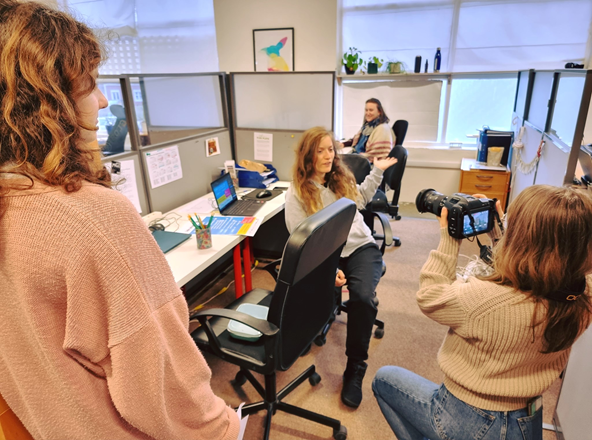